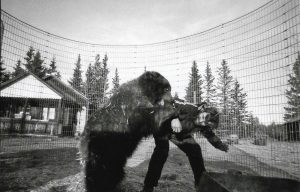 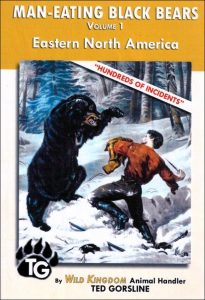 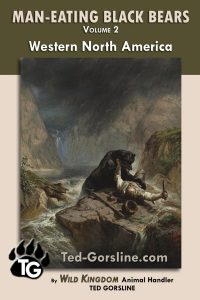 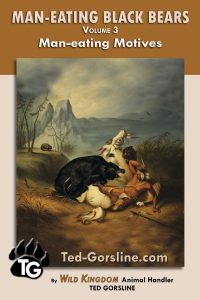 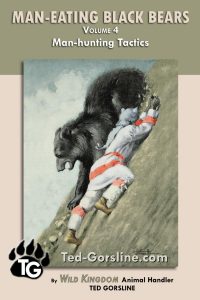 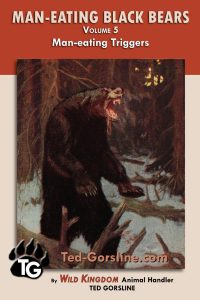 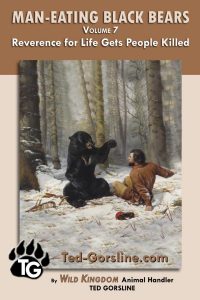 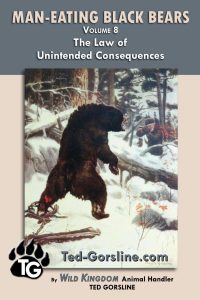 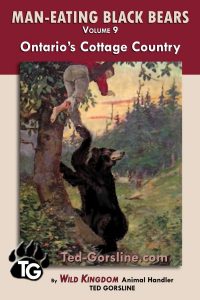 "Our readership surveys show that Ted Gorsline`s "Man-eating Black Bears" was the best read story in Outdoor Life in 1978 and the third best read story ever to appear in our magazine up to that date."

"People continue to be misled about the bear clan. Ted Gorsline has thoroughly researched and documented a different face of the cuddly bear." "His Man-eating Black Bears trilogy is must reading for anyone living near bears. Ted is one of the top five authors I endorse on this subject."

"Having spent many years in the wilds of Canada this riveting and factual recounting of bear attacks made for a wide eyed and exhilarating read and is a must for any backpacker, hunter or outdoorsman venturing into bear country."

"It was a high adventure to hunt Africa with Ted Gorsline. His calm nature in critical situations made my safari successful and unforgettable. I especially enjoyed hunting by dugout canoe. "When I wrote my German language book about hunting cape buffalo with Ted, I was fascinated to hear about Kilombero`s chronic man-eaters, to hear the lions roaring at dawn, and to see the huge cross constantly sliding into the river ahead of our canoe."

"In the past 40 years I have written more than 50 books and published hundreds of magazine articles about wild nature, in serveral languages, in many European publications. "In the course of this work I have read thousands of articles. I have never read a more interesting or detailed account of the nature of the wild black bears than Ted Gorsline`s "Man-eating Black Bears."